The fermentation of organic compost is actually a process of metabolism and reproduction of various microorganisms. The metabolic process of microorganisms is the process of decomposition of organic matter. The decomposition of organic matter will inevitably produce energy, which promotes the process of composting and increases the temperature. It can also dry the wet substrate. Studies have shown that the pathogens or annoying organisms can be destroyed after heating at a certain temperature for a period of time. After heating for 5-10 minutes at a temperature of 60℃-70℃ (damp heat), the activity of non-spore bacteria and non-dormant bodies of spore bacteria can be destroyed. Using heat sterilization, heating at 70℃for 30 minutes can eliminate pathogens in the sludge. However, at lower temperatures (50℃-60℃), some pathogens can be inactivated for up to 60 days. Therefore, it is necessary to maintain a temperature above 60℃ for a period of time during the fermentation.
The four stages of fermentation
(1)The stage of fever
In the initial stage of composting, the microorganisms in the compost are mainly species that adapt to medium-temperature and aerobic. And the most common microorganisms are non-spore bacteria, spore bacteria and molds. At the start of fermentation, they decompose easily decomposable organic substances under aerobic conditions such as simple sugars, starch, protein and so on. During this, they generate a lot of heat and continuously increase the composting temperature from about 20℃ to 40℃. This is the stage of fever or the middle temperature.
(2)The stage of high temperature
As the temperature increases, the thermophilic microorganisms gradually replace the mesophilic species and play a leading role. The temperature continues to rise and generally reaching above 50℃ within a few days, which enters the stage of high temperature. In this stage, thermoactinomycetes and thermogenic fungi become the main species. They strongly decompose the complex organic substances in the compost such as cellulose, hemicellulose, pectin substances etc.. And this also accumulate heat. The compost temperature rises to 60℃-70℃, even as high as 80℃. Most of microorganisms also die in large numbers or enter a dormant state (above 20 days), which plays an important role in accelerating the maturity of compost. Improper composting has only a short period of high temperature, or it does not reach high temperature at all, so it matures very slowly and cannot reach a semi-ripe state in half a year or longer.
(3)The stage of cooling
When the high temperature lasts for a certain period of time, most of the cellulose, hemicellulose and pectin have been decomposed. They leave complex components such as lignin and newly formed humus, which are difficult to decompose. The activity of microorganisms weakens and the temperature gradually decline. When the temperature drops below 40℃, mesophilic microorganisms become the dominant species again. If the stage of cooling comes early, it indicates that the conditions of composting are not ideal and the plant material is not fully decomposed. At this time, you can turn the pile and mix the piled materials well to generate a second heat to promote the maturity of the compost.
(4)The stage of composting and maintaining fertilizer
After the compost is decomposed, its volume shrinks and its temperature drops to slightly higher than the temperature of air. At this time, the compost should be compacted to cause an anaerobic state and weaken the mineralization of organic matter to facilitate preservation of fertilizer.
During the process of fermentation, the pile should be turned, when the temperature of the pile passes the peak and begins to drop. Turning the pile can remix the substances with different decomposition temperatures in the inner and outer layers. If the humidity is insufficient, you can add some water to promote the uniform maturity of the compost.
The death and replacement of various organisms and microorganisms and the transformation of materials in the composting process are carried out at the same time. The above introduction is a brief introduction to the principle of fermentation from different angles, whether it is from thermodynamics, biology or transformation of material. From a perspective, none of these reactions can be completed in a few days or ten days. This is why even if various temperature, humidity, moisture, microorganisms and other conditions are well controlled, composting still has to go through 45-60 days. And it will be better to use the fermentation compost equipment. 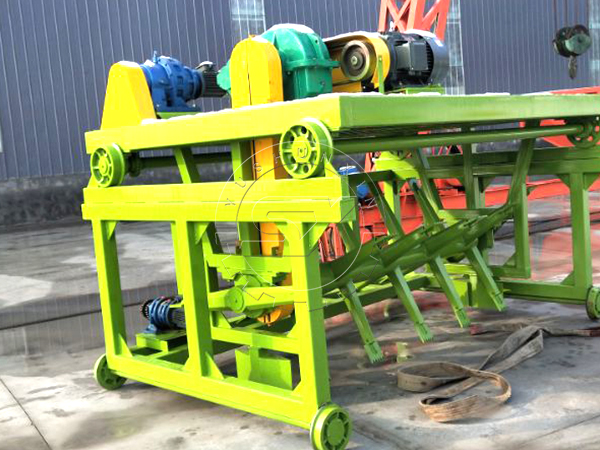 Share:
PREV： Introduction of the organic fertilizer production line
NEXT： How to deal with pig manure in farm?